Shark Bay To Be The First 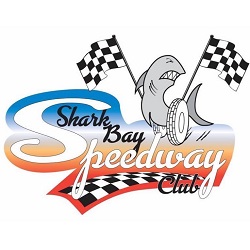 The Shark Bay Speedway located some 850 Kilometres to the north of the Western Australian state capital Perth will be the first venue in the country to see Speedway Sedans Australia categories race in anger since the early onset of the COVID-19 crisis.

All recreational and sporting activities grinded to a halt back in mid March virtually overnight across Australia as the world grappled with a pandemic event not seen for more than a century.

As Australia begins the slow cautious process of easing restrictions with the various states & territories doing it at their own speeds, the Western Australian State Government announced last Friday afternoon that community sport along with a raft of other activities would be able to recommence from Saturday 6th June 2020.

Gatherings of 300 people with 100 people per group are allowed which has prompted some Speedway clubs in Northern parts of the state to start to plan their return to racing in the immediate future.

In light of the news of the easing of restrictions the Shark Bay Speedway club headed by President Mick Reynolds announced via social media that their Street Stock trophy day originally scheduled for Saturday 13th June would be going ahead as planned.

A day time venue who's season normally runs from April to September during the cooler months of the year, Reynolds and his small team of volunteers have put in a massive off season over the summer to improve the facilities in anticipation of a bumper year.

Reynolds explains some of the work that has been undertaken, "We've had to replace a lot of the concrete panels due to wear and tear over the years, we started with the main straight where we have widened the track by three metres and reshaped the wall particularly entering turn one which flows a lot better now. We still have the back straight panels to replace but that will have to wait until next off season, a big thanks to Bobby from Oakley Earthworks who let us use his machinery and has jumped on board as the track curator".

The other Speedway located in the Gascoyne region of Western Australia in Carnarvon which is located just up the road from Shark Bay (324kms) and was the last venue to conduct a race meeting in Australia back on the 21st March, a fact not lost on Reynolds. "It'll be eighty five days between Carnarvon's last meeting and our first, so much has happened in the world during that time but we are glad we can get our season underway and welcome people back to the Bay as we have been cut off to the rest of the world essentially with the Intra State travel restrictions in place up until only a few weeks ago".

Many new competitors have recently purchased cars to compete this season in Shark Bay with the community of just over six hundred residents now boasting seventeen locally based cars. Reynolds went on to explain the resurgence in the sport in the town, "When I moved here in 2017 after purchasing the Shark Bay Caravan Park, there was only a couple of cars locally but we have grown that to seventeen to start this season. We now have six SSA Junior Sedans and we get great support from competitors who travel here from Carnarvon and Geraldton for most of our race meetings.

Speedway Australia has been in regular contact with venue operators across the country and have provided regular updates to help with the process of resuming the sport in a COVID safe manner which Reynolds says has been a enormous help. "Ross Kirby at Speedway Australia has been a great resource, we have a clear understanding of what is required to be able to conduct a race meeting while complying with all the necessary government requirements" says Reynolds.

The Shark Bay Speedway club are still hoping to conduct the 33rd Annual Far Western Championships on Saturday 11th July with the details to be released in coming days.

We will continue to bring you stories of Speedway Sedans Australia categories returning to racing at venues across the country in the months ahead as the sport plays its part on the road to recovery.