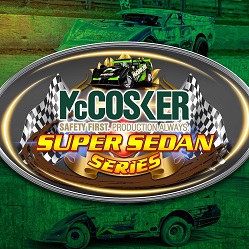 The Second Round of the 2019/2020 McCosker Super Sedan Series is going to be fought out this Saturday Night at the Fraser Shores Maryborough Speedway in Queensland.

Defending Series Champion Matt Pascoe will be looking for his first main event win of the new season.

Darren Kane, Wayne Randall and Tania Smith aboard her beautifully turned out Rocket Chassis should all be on the pace at the unique Maryborough layout.

Victorian Mick Nicola Snr is also in the field with the second round doubling as the opening round of six in the Super Sedan Association Development Series.

The Second Round is supported by Hervey Bay Tilt Tray Hire.

The Super Sedan Association would like to thank the following organisations for their valued support.