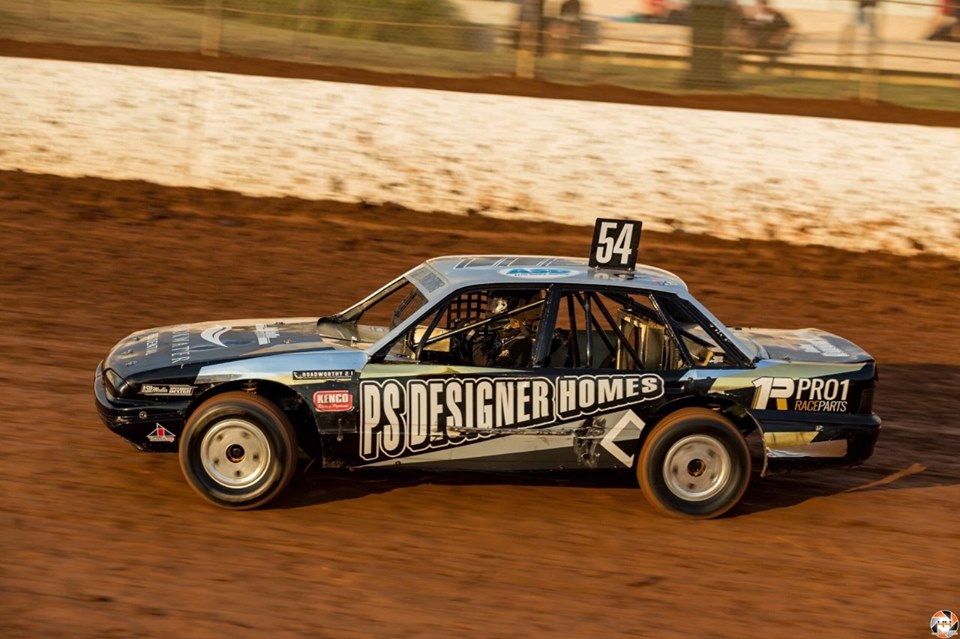 Mick Shelford aboard his older model Holden Commodore has taken out the first major event for the 2019/2020 season in the Sunshine State with a great drive at the Corbet's Group Mothar Mountain Speedway last night.

Shelford took home the $3000 first prize money on offer for the Gympie Gold Rush Showdown which was held over the last two nights and featured some of Australia's best sedan pilots.

Townsville's Adam Jorgensen who campaigns a TE Ford Cortina retired after seven laps after looking in contention for a strong result.

Locals Mark Pagel and Tim Atkin rounded out the podium with current National Champion Kye Walters working his way into the top five by the end of the thirty lap main event.