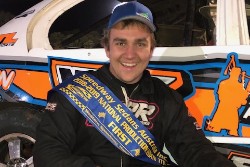 Moruya Speedway will host the third last State Title of the season, with the running of the 2018/19 AMH Automotive group SSA NSW Production Sedan Title.

A strong field is set to take to track to contest the NSW Production Sedan title, defending NSW title holder Steve Jordan will have plenty of competition with the likes of current Australia 1 Joel Berkley in the mix.

Berkley who was won eleven Feature Races this season, more than any other senior driver in the Country, will be hard to beat, with Trevor Mills, Jacob Mills and Jim Cowley also in good form, ensuring a highly competitive title.

Modified Sedans are also on the program.